END_OF_DOCUMENT_TOKEN_TO_BE_REPLACED

Morales invited the OAS to audit the election as he was confident of its veracity. Indeed, a report by the Washington-based Center for Economic Policy Research found that the vote totals were “consistent” with those announced, finding no irregularities whatsoever. Despite this, the local U.S.-backed opposition went on the attack. END_OF_DOCUMENT_TOKEN_TO_BE_REPLACED 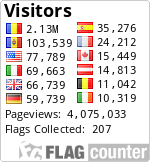